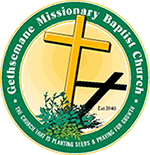 “To everything there is a season, and a time to every purpose under the Heaven.” (Ecclesiastes 3: 1)

The Reverend I. S. Clark, Sr. was called as Pastor on November 30, 1941 while he was still a licensed Minister. Reverend Clark was ordained on the first Sunday in January 1942 by Reverend Black and Reverend Dove. At that time, Gethsemane had only three (3) member, Sister Elretea Clark, Sister Mary Burke and Deacon Collins. Deacon Collins was the only deacon at that time.

Trusting in the Almighty God, the members prayed and worked hard through the years with their faithful Shepherd, Reverend I. S. Clark, Sr. The oldest in the membership at that time was Sister Mary Burke.

Through the years, we almost lost the church twice, but Reverend I. S. Clark, Sr. on both occasions sold his house in order to keep the church. Mrs. Elretea Clark worked tireless when the church moved to Carver Ranches, she baked and sold pies, barbeque and anything else to keep the church afloat due to two hurricanes. 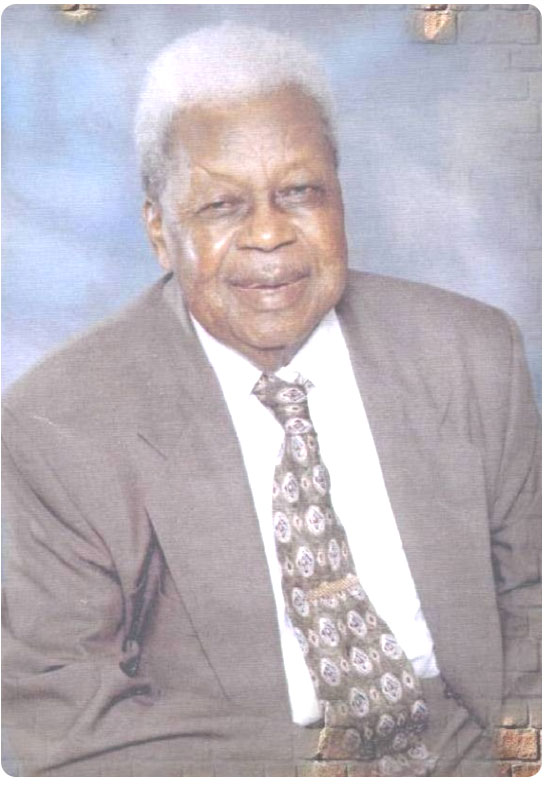 Under the leadership of Reverend Clark, Gethsemane purchased the following: two (2) churches (1947 and 1966), two church vans, nine (9) lots; and a home which now serves as a parking lot.

Many years later a Child Care Center was established. As the membership grew, many associate ministers and auxiliaries were added to the church. We thank God for the leadership of Reverend I. S. Clark, Sr.

Reverend Clark continued his faithful and humble service as pastor for fifty-six (56) years. He was called to eternal rest on Thursday, December 18, 1997.

After the passing of Reverend Clark, the church came together in prayer. On August 26, 1998, the Lord sent our present pastor, Reverend Newell Duran Tucker to lead his people.

Under the leadership of Reverend Tucker, the Lord continued to smile on Gethsemane. Many souls have been added to the church. In 2000, many ministries were instituted, and renovation of the sanctuary was completed (this includes new pews, carpet, furniture and the baptistery). We give God the praise as ministers has been licensed under Reverend Tucker’s leadership as follows: Brother Nelson James, Brother Kenneth Pace, and Brother Robbie Johnson. In 2001, we purchased property and established The Garden House Ministry. Through the use of The Garden House Ministry, a library, pantry, and a computer lab was developed to serve the needs of the church and the community. Our major project in 2003 was the renovation of our parking lots. This project was completed in June 2004, and the Dedication Ceremony for the glorious work in which the Lord has allowed was held on July 11, 2004. During our Annual Memorial Day Service in May 2006, the dedication of a Memorial Wall Tree which represents the names of all deceased members was unveiled and placed in the vestibule of the sanctuary. This Memorial Wall Tree will be a continuum of members who have rested from this life.

In the year 2006, Brother David Robinson and Brother Bertram Balfour were ordained as Deacons of Gethsemane.

In 2010, Deacon Larry Coleman and Deacon Jimmie Moore were added to the staff of deacons.

Also, new carpets were installed in the sanctuary, Day Care and Garden House. Also new railings were replaced on the outside of the sanctuary and the Parking Lot was resurfaced.

In year 2012, we painted our Day Care Center and the Garden House Ministry. We are now in the process of renovating our Day Care Kitchen area and rebuilding our Marquee.

In 2013, we upgraded the electrical wiring in the Garden House. We remodeled the kitchen in the Day Care; upgraded our sound system in the Sanctuary and went out evangelizing through street witnessing.

January 2014, our Noon Day Prayer was initiated by Sister Idell Shortt with the approval of Pastor Tucker.

July 2017, Sister Mamie J. Lee retired as Church Clerk/Secretary after 48 years of service to the church. After recommendation and much prayer, Sister Edwina Wilson was selected/elected and given the torch to carry on as Secretary/Clerk.

In 2017, Reverend Jack Davis was ordained and on October 22, 2017, Minister Marcus Ellis was licensed.

In 2018, the vision was launched to merge Choir #1 and Choir #2 into one Senior Choir with Sister Mamie J. Lee serving as President. Moreover, the adult Usher Ministry was established. Sister Jearl Friar, President of Usher Board #1 and Sister Brenda Young. President of Usher Board #2 were appointed and Sister Berlinda Tucker was appointed as Youth Choir Director. Also In the Year 2018, Reverend Pernell Ponder was licensed by Pastor Tucker.

March 27, 2018, the vision was launched by Pastor Newell D. Tucker to pay off the Church Mortgage with Wells Fargo Bank, and less than three (3) months later on June 27, 2018, God granted our prayer request, the vision came to fruition. Also, this year 2018, The Church became mortgage free and the Burning of the mortgage is set for September 30, 2018 at 4:00 p.m.

New Sod was laid and a fence was added

In 2019, two roofs were repaired, on the Church and the Garden House. We also purchased a new van.

In 2020, we purchased a new roof for the Garden House.

To God be the Glory for all of His blessings

We pray that we will continue to grow in Christ and to do the work of Him that sent us. Let us know that when the world is conquered for our Lord, it will not be by the noble and the mighty, but by every Christian saying “Lord, what with thou have me to do.”